This will be my last weekly report for this years summer of code! Last week, I did not write a report since I have been very busy with experiments for a rebuttal for the NIPS submission (see 2nd GSoC weekly report). This week was more productive: I continued polishing the new framework for statistical tests, squeezed out some final bugs and made made a few things more effective.

I also created graphical examples for linear and quadratic time MMD and HSIC based tests. These serve the purpose of illustrating how the methods work on simple datasets. They sample the underlying statistic’s null and alternative distributions using all different methods I implemented and plot distributions with test thresholds (as well as data). For the MMD tests, the dataset contains samples from two multivariate Gaussian distributions with unit variance in every component and equal means in all but one component. The HSIC tests uses data where dependence is induced via rotation (see last report). Below are screenshots of the output of the examples. 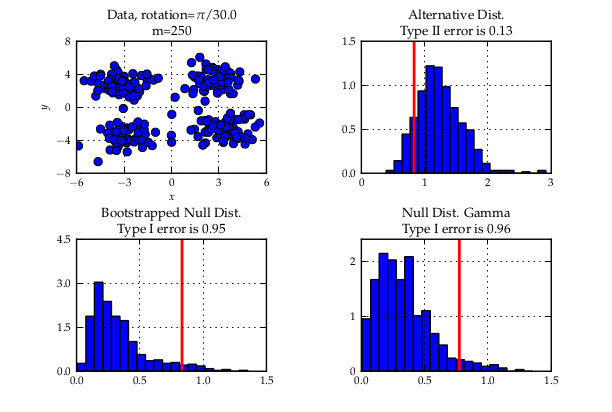 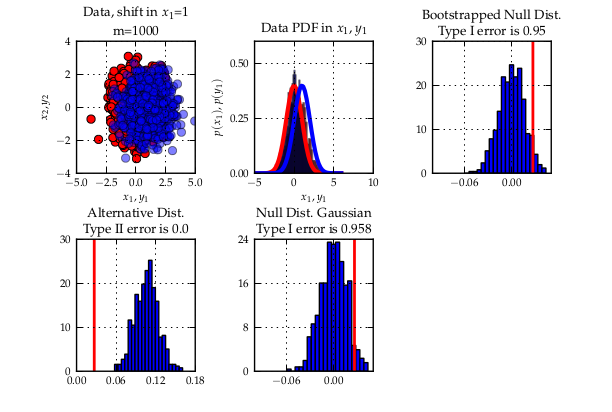 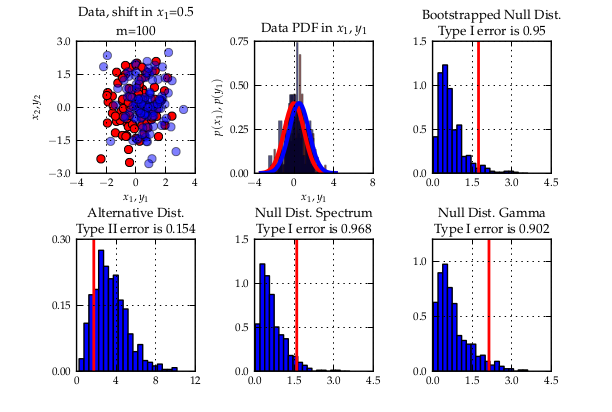 These images were also added to the shogun-tutorial. I added a part about independence testing and corrected some mistakes in there. All methods I implemented are now contained within the tutorial. Another documentation related thing I did was to update doxygen based sourcecode documentation. In particular, I cleaned up the horrible mess in the CStatistics class — and replaced all ascii-art by LaTeX. Although there are still things to do, my project is now in the status “done” in terms of GSoC 🙂 It was a nice summer! I guess I will be extending it with some ideas that came up while working on with kernel two sample tests recently.

For the last week, I intend to get some unit-testing done and start to focus on things that are needed for our upcoming 2.0 release (Bug hunting, fix warnings, implement things that people request). I will also write an overall summary on the GSoC next month or so. Next month will be busy since I also have to finish my Master’s project.