This year’s AISTATS was such a nice meeting, far less noisy and company dominated than NIPS.

Finally, I hiked up a big volcano, Caldera Blanca 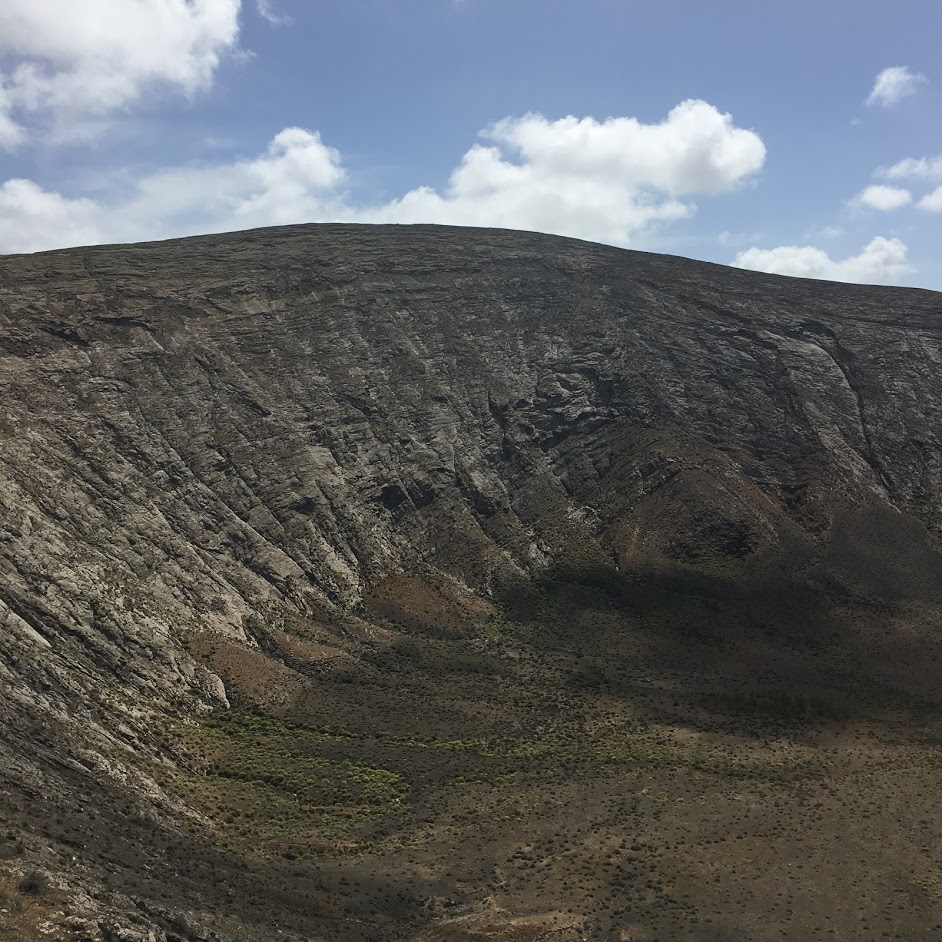 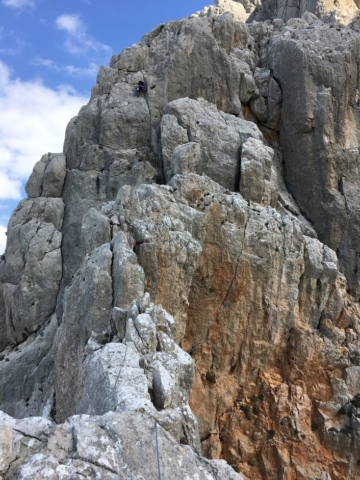 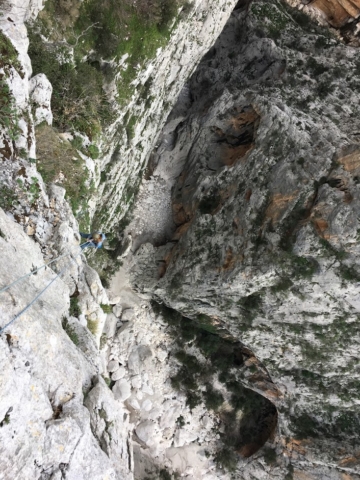 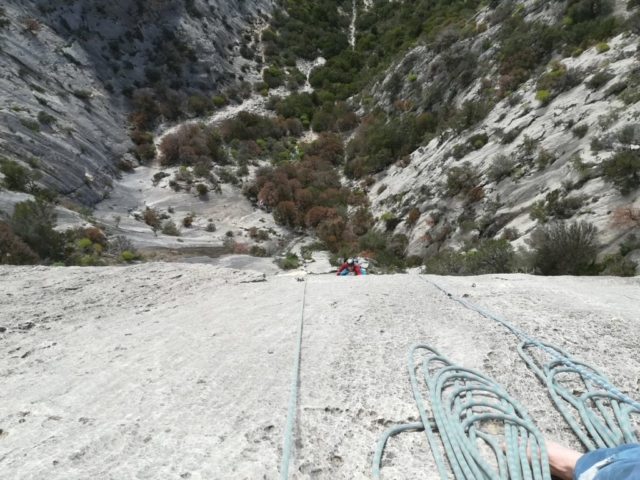 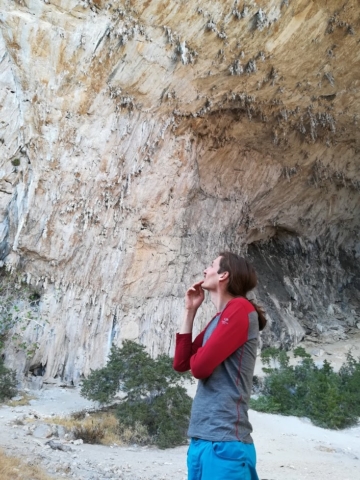 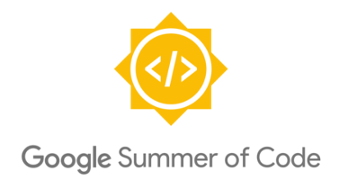 We are happy to announce that Shogun’s umbrella organisation, NumFOCUS, has been accepted for GSoC 2018 — and we will be mentoring through them!

If you are a talented student who wants to spend a summer hacking open-source, make sure to apply! Check out the NumFOCUS GSoC ideas page (contains Shogun’s and other projects’ ideas). Our very own ideas page can also be found in our wiki.

GSoC is a global program focused on bringing more student developers into open source software development. Students work with an open source organization on a 3 month programming project during their break from school.

Shogun provides efficient implementations of standard and state-of-the-art machine learning algorithms in an accessible, open-source environment. Shogun has been involved in GSoC since 2011, check out our blog posts about past years.

NumFOCUS is a nonprofit that is dedicated to support and promote world-class, innovative, open source scientific computing. 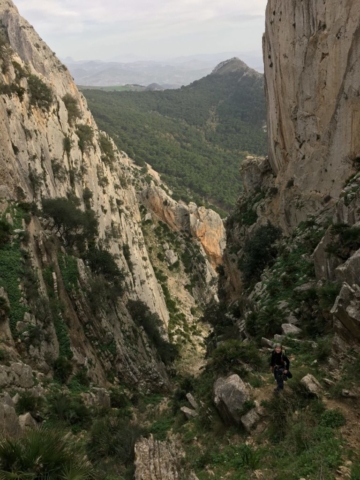 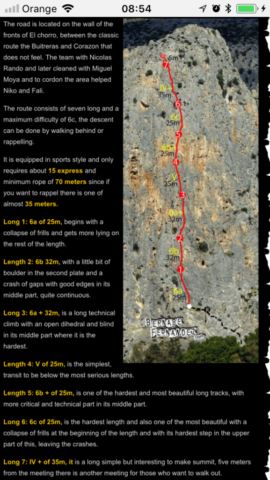 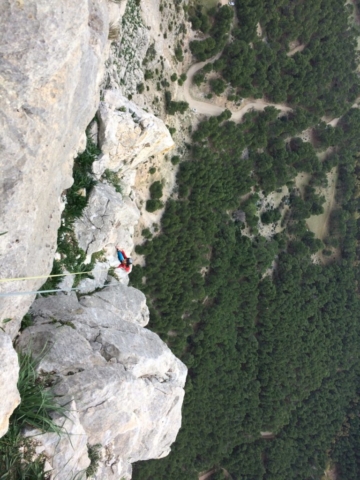 Incredibly excited to be part of Gunnar Rätsch’s group in Zürich (while still being based at and involved with Gatsby). Part of my time will oficially go into Shogun development. 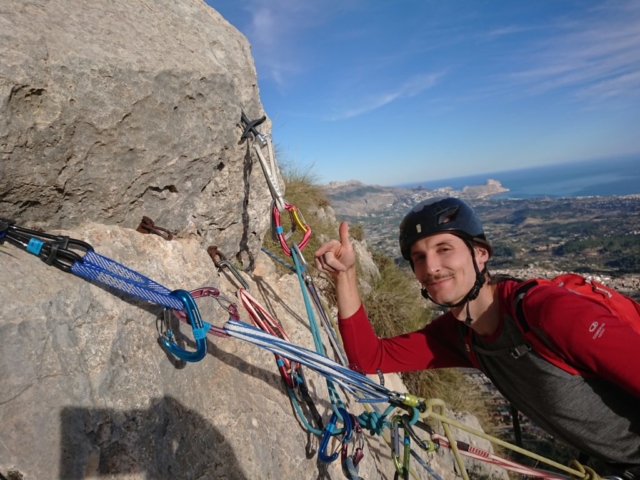 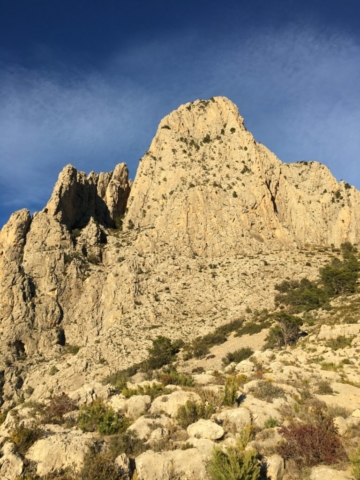 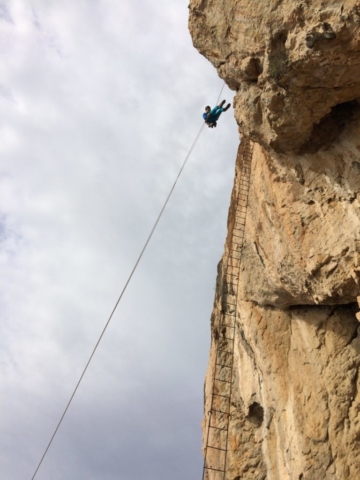 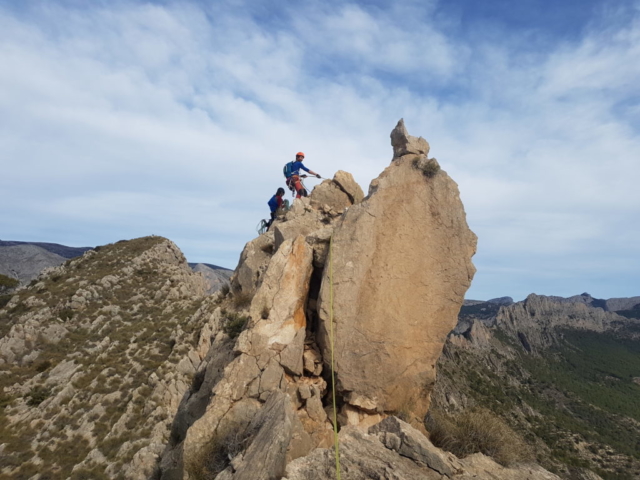 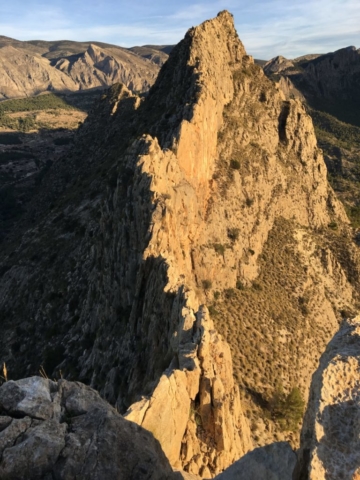 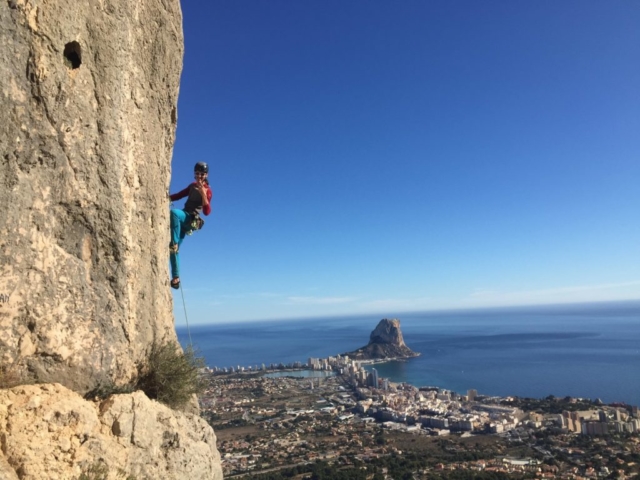 Over the last few weeks and months, a few things came together that make Shogun both a lot easier to install, and a lot faster!

EDIT: While I was writing this post, Viktor leaked some of the results. I should work faster 😉

Thanks to Dougal, who did an awesome job of  integrating shogun with conda, installing Shogun is now as easy as

Viktor recently made this work under windows as well (not easy! yet only C++ interface, but this will change soon). Check his StackOverflow post if you want to give it a try. After the years and years of cryptic installation procedures these things hopefully make Shogun more accessible for new users. Thanks again Dougal!

How did we make Shogun faster? Let’s take a little peak under the hood!

If we had an Intel CPU, we could use Intel’s math kernel library (MKL), a LAPACK/BLAS suite optimised for Intel CPUs. (for an example, check out the benchmarks of MKL-anaconda vs standard anaconda). However, since it is proprietory software it used to be hard to get a copy without having to pay. So when Anaconda recently started shipping a free version of MKL with their Python distribution, Viktor got to work to harness MKL for Shogun.

While historically using LAPACK/BLAS in many places (mostly with openblas), the recent Shogun has a flexible linear algebra backend which heavily uses Eigen3, a header-only, template based C++ implementation of a lot of linear algebra. Eigen3 claims to be at least as fast as most free and non-free LAPACK/BLAS suites. BUT Eigen3 lacks parallel implementations of many matrix operations. This is crucial for many ML algorithms. On the other hand, MKL has those parallel implementations, so we want to use them.

How does it work?  Luckily, it is possible to compile Eigen3 code against MKL. Then MKL acts as a drop-in replacement within Shogun’s Eigen3/openblas backend. Long story short, let’s compare Shogun’s algorithms with Eigen3+openblas against the Eigen3+MKL version. Good news aside: Viktor recently set up a proper LAPACK detection in our cmake setup which makes everything work out of the box.

On a side note: I actually first found out about this when writing a paper on fast MMD implementations, where we compared an Eigendecomposition approach (MKL has multi-core versions!) with our own codes. Though we managed to beat it 🙂

To compare the performance of Shogun using MKL vs Eigen3/openblas, we need to have a Shogun version that links against each of them. The easiest way to get this into place — in a way that anyone reading this post could reproduce — is using a Docker container. If you install Shogun using conda (see above), the openblas version is downloaded, so in this case we want to compile from scratch.

I start from the official anaconda image, which currently is a Debian jessie. I download the image, fire up a container with it, and finally start a bash (make sure to read up on containers vs images).

I want to compile Shogun, so I need a compiler and the C++ library (which are not part of the image). I also use a compiler cache that speed’s up compiling Shogun.

Next, since I want to use Shogun from Python, I need swig to generate bindings to Shogun’s C++ core. Unfortunately, the current swig version in Debian jessie is too old (3.0.2) for Shogun, which needs at least 3.0.5. The same is true for cmake. But using conda makes updating those straight-forward:

Ok, we need one more thing: anaconda comes with its shiny new MKL and Shogun’s Eigen3 will be compiled against it. The compiler therefore needs the MKL header files:

If you wanted to use Shogun’s non-MKL version, you could just install a precompiled binary version of Shogun using conda. If you want to however, compare the manually compiled versions with this installation, you would need to make conda forget about MKL (which installs openblas instead). This causes all MKL optimised packages to be re-installed (numpy, sklearn, etc). In addition, the blas header files are needed.

Most people will skip this step.

Let’s configure the beast. There is some options I set here: disable GPL codes & examples (which take time to compile) and disable xml serialization (which has some funny errors in this setup). More importantly, I set the (install-)prefix to the conda distribution of the anaconda image.

Let’s check that Shogun and its Python bindings do reference to either MKL or openblas. You can do that with

Nevermind the “not found”, which is related to a broken ld setup in the anaconda image. Shogun sorts this out for you. The point is that there is either MKL or openblas. If you removed all the MKL packages first and installed openblas instead, it should be in the lines of

I use a very simple code snippet to compare runtime of two Shogun algorithms: linear regression and PCA, both on random data, see below. Both of them are based on a matrix factorisation, where the multi-threaded MKL implementation can shine.

Here are the walltimes (from a single run). I have a X1 Carbon Thinkpad with an Intel i7-7500U CPU, which has 2 cores and 4 threads.

Pretty epic difference, especially given that this comes essentially for free. When running the benchmark and monitoring my CPU, I was surprised to see that openblas actually uses all four system threads, while MKL only uses two (it prefers it that way) That is what I call efficient!

It is also very interesting that in Viktor’s tweet above, Shogun with MKL can be quite a bit faster than sklearn. There is a lot of things to be benchmarked here: for example, in contrast to sklearn, our SVM solvers are accelerated through MKL as well, as we ported the code to using our linear algebra backend.

BLAS/LAPACK is a complicated topic! One take-away for me is that it is worth reading a bit about those things, as they do make a big difference.

A next step is to benchmark everything properly, using the benchmark framework by Marcus and Ryan from MLPack. In particular, I am curious how Shogun+MKL will then do compared to other ML libraries.

We should probably also make Shogun’s binary distributions (at least the one on conda) include an MKL build by default. For that, Shogun would have to move to the conda default channel, as conda-forge cannot have MKL. And for that, we need a BSD compatible release (currently Shogun is licensed under the viral GPL), which is in the making for a while now (and almost done).

I had the most pleasant, interesting & fun viva experience I could have wished for. This is thanks to my great examiners Manfred Opper and Mark Herbster, and of course due to the best supervisor imaginable, Arthur Gretton. Thank you!

The folks at Shogun dedicated the 6.1.0 release to celebrate. Nice one!.

Together with Louis Ellam, Iain Murray, and Mark Girolami, we just published / arXived a new article on dealing with large Gaussian models. This is slightly related to the open problem around the GMRF model in our Russian Roulette paper back a while ago.

We propose a determinant-free approach for simulation-based Bayesian inference in high-dimensional Gaussian models. We introduce auxiliary variables with covariance equal to the inverse covariance of the model. The joint probability of the auxiliary model can be computed without evaluating determinants, which are often hard to compute in high dimensions. We develop a Markov chain Monte Carlo sampling scheme for the auxiliary model that requires no more than the application of inverse-matrix-square-roots and the solution of linear systems. These operations can be performed at large scales with rational approximations. We provide an empirical study on both synthetic and real-world data for sparse Gaussian processes and for large-scale Gaussian Markov random fields.

Article is here. Unfortunately, the journal is not open-access, but the arXiv version is.

We published a neat paper where we use the MMD as a critic for GANs. This contains a long overdue realisation of an asymptotic expression for the test power of the quadratic time MMD that we originally developed during my MSc thesis (looong time ago). [link]

We propose a method to optimize the representation and distinguishability of samples from two probability distributions, by maximizing the estimated power of a statistical test based on the maximum mean discrepancy (MMD). This optimized MMD is applied to the setting of unsupervised learning by generative adversarial networks (GAN), in which a model attempts to generate realistic samples, and a discriminator attempts to tell these apart from data samples. In this context, the MMD may be used in two roles: first, as a discriminator, either directly on the samples, or on features of the samples. Second, the MMD can be used to evaluate the performance of a generative model, by testing the model’s samples against a reference data set. In the latter role, the optimized MMD is particularly helpful, as it gives an interpretable indication of how the model and data distributions differ, even in cases where individual model samples are not easily distinguished either by eye or by classifier.